This is, I promise, the last shameless flaunt of our little book this week! (On the blog... One reserves the right to be shameless on farcebook.)

There are lots of things I love about blogging, and one of them is the universality of the thing. Knowing that all across this wide and wonderful world, physical and virtual, there are women who sound a bit like me, hugging their cups of tea and trying to be happy.

Another thing is the kindness of bloggers: the lovely comments, the thoughtful emails, even the visits when they so incredibly manage to happen. And so many times over the last ten years have there been letters and gifts and advice and such love.

So huge gratitude tonight to the five of you who read a crazy email about a year ago and signed up with such generosity of spirit to a project that wasn't even on your landmass!

Alison at View from the Teapot; Angela at Tracing Rainbows; M.K. at Through a Glass, Darkly; Pom Pom at Pom Pom's Ponderings; and Sandra at Thistle Cove Farm. From the States to France via England!

I have to warn you five that you may be about to hear from some of the supportive folk who have been buying the book. I'd be interested to hear if you do hear from anyone! We've decided to have a little competition to see who can get the most contributors' signatures by the end of this year. There will be a prize!

Back to normality next time, whatever normal is around here, although I must also say that, incredibly, I may be meeting two bloggers in person, in the real world, very soon. These are very exciting times just now in the Meadowplace!

Low Sunday and a book plug

On farcebook I've just seen an excerpt from "A Few Green Leaves" by Barbara Pym where it says that the Sunday after Easter is called Low Sunday. Is this indeed true? It must be because we're all going back to work and school tomorrow...


I've had a lovely week off. The strawberries have been revising hard, but we determined everyday to do something out and about. We cycled into town, had lunch on ancient Navan, and marvelled at Tim Peake's Soyuz. And of course Mattman turned sixteen. 16! 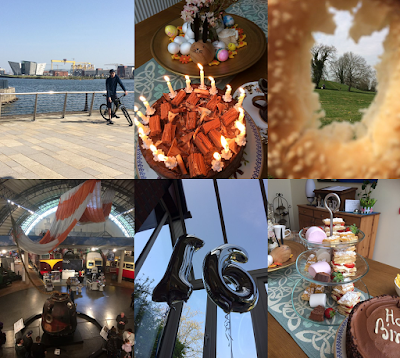 I read two great books. I would have read three if I could make any decent progress whatsoever with Michelle Obama's "Becoming". I can manage a chapter a night, sometimes. I'm really not a fan of autobiographies, except for Stephen Fry's "Moab is my Washpot". They must be appalling to write. How could you avoid dry lists, unless you're Stephen Fry? 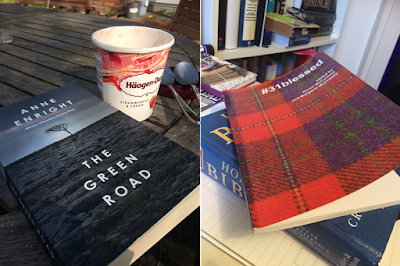 Anne Enright's "The Green Road" is brilliant. Told from the perspectives of an awful Irish mother, her four children, and a mysterious other who appears intriguingly in the narration at certain baffling points, it impels you to find yourself in the dynamic. I fear the characteristics of the bi-polar mother. The offspring of this banshee most certainly do not arise and call her blessed. On the other hand...


#31blessed is a very recent, self-published little book of which you will only have heard if you're a farcebook friend. I am biased but I think that it is brilliant too. It's been produced as a fundraising project for a friend of ours who works with the Christian organisation UCCF. Sophie supports Christian students' groups in Liverpool and Chester, and encourages them in their outreach. But in and of itself the book is a collection of what 31 women think about the Proverbs 31 Woman. 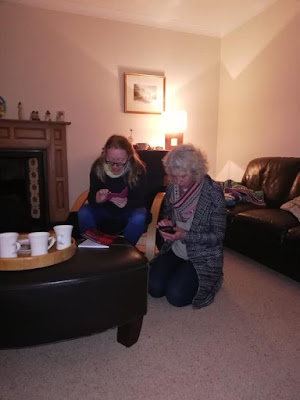 My friend, Karen, and I are deeply grateful to everyone who contributed, not least the five of you who gave us beautiful reflections. I'm going to blog-thank you properly tomorrow! In the meantime, if you'd like to have a look, here is the link x
at April 28, 2019 1 comment:

I did promise a nice picture next time, in apology for my political rant. These are lovely memories from July 2010 when the strawberries were small and blond, and I was neither middle-aged nor portly! We were on our way home from Brittany. This is what our minds' eyes see when we think of ND. Love to Paris x 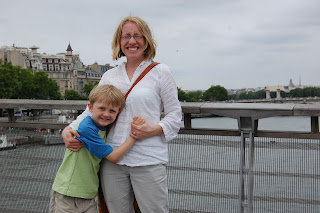 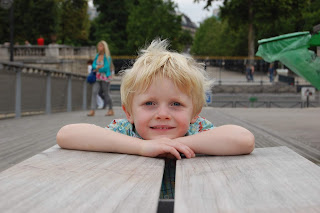 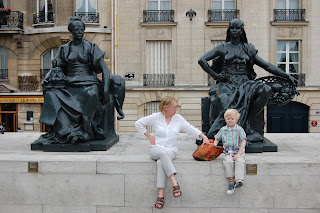 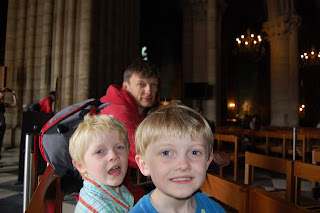 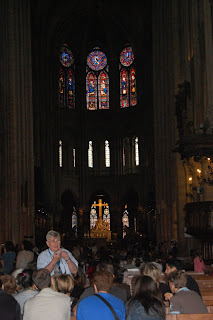 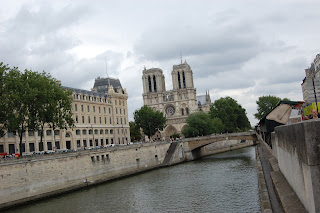 Things I think about the DUP

I'm not even going to Google pictures of these people. If you live outside the UK, don't at all bother to worry about this post. You have quite enough ridiculous politicians of your own. Every now and again I just fret slightly over a sense of shame when Northern Irish folk appear in national Parliament on national news, spouting their views and flaunting their Theresa May-given position on national issues. This is what I think*:


The Democratic Unionist Party holds a dubious claim to democratic mandate.
Here in Northern Ireland, lots of people do not vote, They claim, not without grounds, that there is no-one to vote for. When folk do vote they seem to vote according to what the candidates are not rather than what they are: loyalist voters will vote for loyalist candidates, regardless of how (in)effective they are and republican voters ditto. Thus the DUP and Sinn Fein become our main parties electorally. In June 2017, the DUP secured 36% of votes and Sinn Fein 29.4%. 65.6% of our eligible electorate turned out to vote. What is a third of two-thirds? Two-ninths?


Northern Ireland voted overwhelmingly to remain in the EU.
I'd like the rest of the UK to remember this when DUP MPs stand in the House of Commons, recorded by the BBC, and stand there in the way of all recent attempts to sort Brexit. I didn't vote for them. Most of us didn't vote for them. They are not voicing representative views.


DUP MLAs have not worked in more than two years.
We vote for three levels of government. We have local council elections coming up soon, and thankfully the local councillors are all working. Then, because of our devolved government aka Stormont, we vote for MLAs (Member of Local Assembly). They have not worked in more than two years. Apparently both sides (DUP and Sinn Fein) are ready to be back in the Assembly tomorrow, are ready to have talks, and are not the problem. Karen Bradley docked their pay slightly recently. Finally we vote for our Westminster MPs. They are in Westminster, blocking Brexit proposals.


It seems we don't care how corrupt they are.
We don't care abut the millions they made for themselves, from our taxes, on the loop-holes that they knew about in the Renewable Heat Incentive scheme. We don't care that Ian Paisley Junior enjoyed a questionable relationship with the Sri Lankan government who funded his family holidays. We don't ask about the money given to Northern Ireland by Theresa May to form a coalition government which meant that they had to back her in Brexit proposals. We don't care about any of this because we know that we would vote them all straight back in, as we are about to do in local council elections; none of this matters as much as the important fact that they are not green. Indeed Ian Paisley Jnr was suspended from the House of Commons for his corruption but was ultimately backed by his local party.


Ironically, should a border poll come about, it will have been largely influenced by the position of this loyalist party.
If the DUP stands ideologically on its hard Irish border, flying its "Leave" flag for Britain, how would folk vote in a choice between non-EU Britain and EU Ireland? A population of less than two million people who voted predominantly "Remain". On holiday in the border county of Fermanagh two years ago I took a wrong turn out of a National Trust property and crossed the border four times in the twenty minutes it took me to drive the back road to the holiday house.


Sorry, Britain (and you, if you're still here- I promise there'll be a nice picture next time).


*Obviously this is all and entirely wholly my own personal opinion and this is the Internet and all of life is here. Including me.
at April 11, 2019 2 comments: 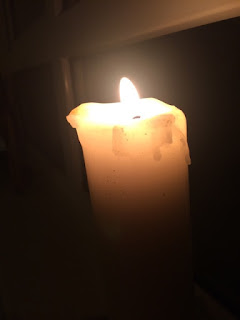 Fraises update: Mattman is in full GCSE swing with his German oral tomorrow und mein Jojo ist in Rom. It's hole in the whole time again and the Irish exile candle is lit! So here are some Sunday night yellows to cheer us all up. Surely Easter will come soon... 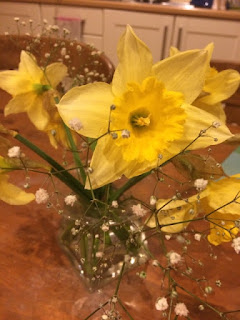