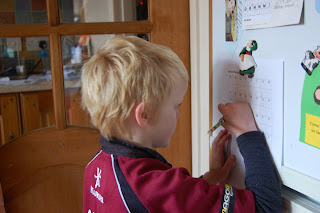 Kind codes. Something to look forward to. 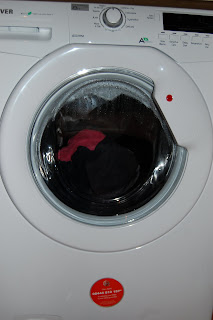 Oh, a new washing machine. And Freegle to keep the old one hopefully out of landfill. 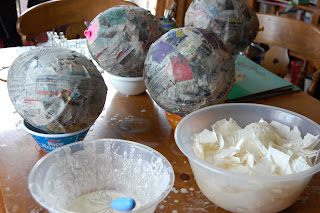 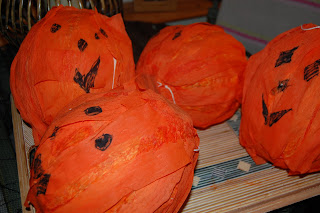 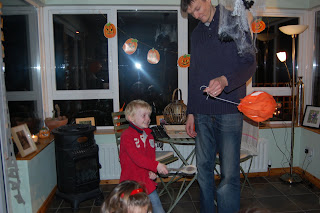 Happy Whatever You're Celebrating tonight! After another nice evening with more wise friends I'm saying Happy Perspective!
at October 31, 2011 5 comments:

Email ThisBlogThis!Share to TwitterShare to FacebookShare to Pinterest
Labels: Autumn, gratitude, Scenes from a kitchen, Suns 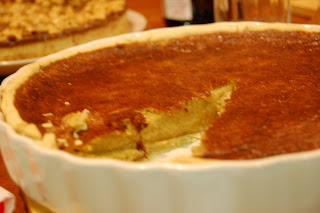 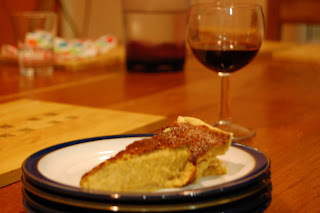 Autumn, while it still lasts 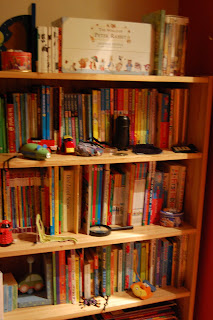 There has been a great deal of decluttering going on in this (sometimes tearful) Land. One result of which is my new resolution to read the Complete Collection of the Original Tales 1-23 now that Beatrix Potter has been unearthed from the back of their bookcase. 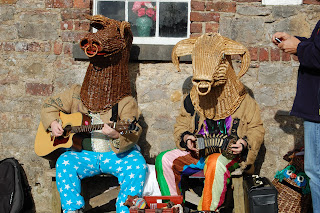 This seemed a fitting thing to do given that Sunday was Apple Press Day at Ardress in Armagh. (Putting our NT membership to maximum use this year!) The ancient art of apple cultivation and use- one millenium old- celebrated in this C18th farmstead. The latest re-incarnations of the Armagh Rhymers were there, which is always good! 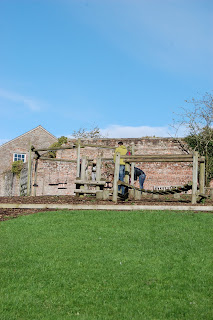 I first heard them when they led a torchlit procession up Navan Fort one Hallowe'en Night! It was in County Armagh, many seasons ago, that I realised that my favourite colours were blue and green. 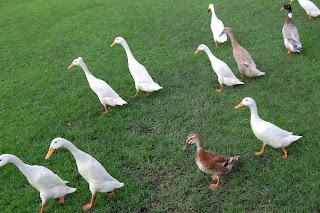 All in all a very appropriate time to be catching up with Peter Rabbit. 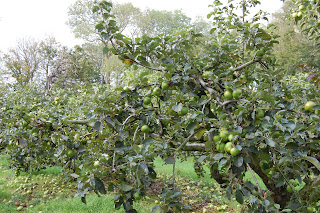 We didn't quite see Mr McGregor in the orchard, but we certainly filled our boots! Indeed, the small sum we paid for our bag reaped its own harvest because... 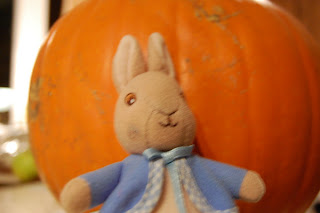 ...we even swapped some Bramleys for a pumpkin when we got to Cooking Catherine's house, which was rich with the smell of roasting chicken, squash and potatoes. Much nicer than Peter's supper of camomile tea!
at October 19, 2011 16 comments: 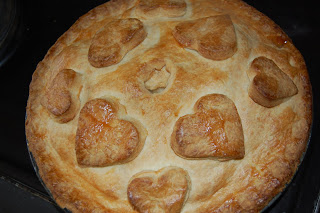 This was Homecoming Apple Pie, made with the last of the windfalls. It was served with a choice of three ice-creams, and lasted right up to this evening's episode of Spooks. Perfick!
at October 16, 2011 9 comments:

The Willows Grand Tour of the States! 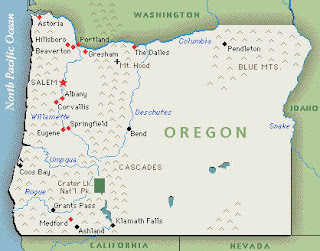 They are here! From Ontario to Oregon- No Spring Chicken with Autumn Mole, Ratty and Toad. Thank you, Debbie, and good luck!
at October 13, 2011 6 comments:

Email ThisBlogThis!Share to TwitterShare to FacebookShare to Pinterest
Labels: Wind in the Willows

Letters to Prince Charming I 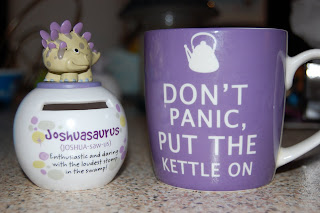 I bought a mug today. I know that it's the Year of Living Small and that we don't need another mug, but really, it spoke to me! It is also the same colour as Jo's money box, the base of which he found. It was inside the money box. It must have got lodged there in your haste to get me some loose change for the hospital car park. So there's another of life's mysteries solved- along with the disappearing dinner ticket wallet, found by Jo again, in your car actually. So there's an advantage to my driving your car this week!

I got my car back from the garage today, by the way. Cost a bit more than I had expected, but that's ok because the men who came last night to unblock the drains cost a lot less than I thought they would so that's alright too! Mum gave them the check in the end, because I was at the emergency doctor with Jo. He's much better today, and Matt is well recovered too.

Today has thankfully been a very ordinary day, so far not one trip to a hospital, let alone two. I have been able finally to sort out new glasses, go to the supermarket and drink lots and lots of tea, some of it from my new mug!

We hope you are well, and awake, and adjusting to the time/language/luxury difference. At least with two queen size beds in your room you'll have lots of space to relax! I'm about to pack school bags and tidy up and sort out paperwork for the three things on the list for tomorrow, and then to bed, which feels like a two queen size ones when you're on the other side of the ocean!

Email ThisBlogThis!Share to TwitterShare to FacebookShare to Pinterest
Labels: Letters to PC 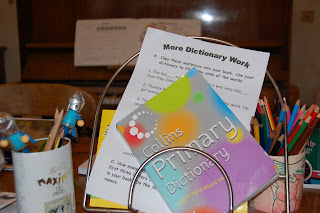 Brother, do we know we are in P5 now! More Dictionary Work for homework- three pages of joint writing and more than an hour later! Poor Jo had long since done his P3 homework, his fabricated subtraction work, and then even some fabricated handwriting practice, and had been sent off to play with new birthday toys that didn't make huge, screaming race track noises.

materialistic - ADJECTIVE Someone who is materialistic has the attitude that money and possessions are the most important things in life. 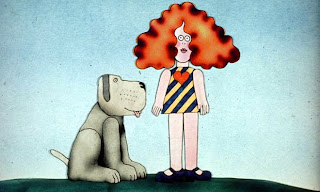 Thrifty has been being thrifty, this being the Year of Living Small and all. She just hasn't been blogging about it, given the lurgy that has struck her woolly and flat! 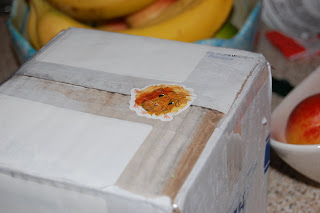 When finally she sent her giveaway to the fabulous Betty the Wood Fairy, she re-used the box that had previously come from Princess Pom Pom, which pleased Thrifty immenesely, because obviously all the Pom sparkle and love went down the chain too! 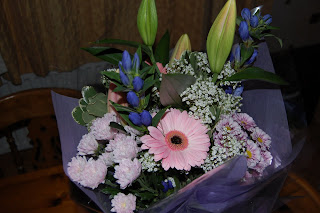 Thrifty also has been experiencing the great delight of living large being a direct result of living small- one very small act on her part had huge and really very lovely consequences for a wonderful young woman, whose dad (Nedboy) appeared next day with a more huge bouquet. And another very small agreeing to help has resulted in almost daily deliveries of home-grown tomatoes and windfallen apples. Rumble crumble! 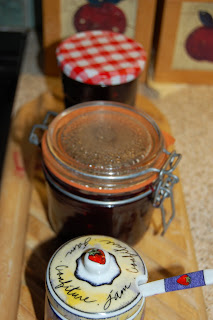 Also on the subject of seasonal harvest, Thrifty did some good old-fashioned bartering and exchanged one of her pots of damson jam for a pot of crab apple jelly. The satisfaction of this was immense!

All in all Angela's School of Thriftiness, was a source of great inspiration for the year ahead- these were wise woman of experience and good sense.  Thrifty does not promise to achieve so much, but will continue to emulate! Aided and abetted by Ms Efficiency Everyday with whom Thrifty has been going supermarket shopping and splitting Good Deals, and also sharing buttermilk to prevent waste. Happy sigh...
at October 03, 2011 7 comments:

Email ThisBlogThis!Share to TwitterShare to FacebookShare to Pinterest
Labels: Scenes from a kitchen, The Year of Living Small, Thrifty Thursday

Wind in the Willows II - Their Grand Tour! 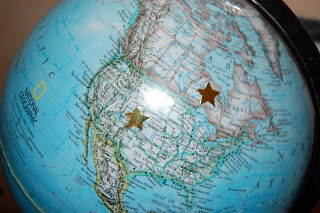 Well, Mole, Ratty and Toad have arrived in Canada! They appear delighted with the welcome that awaited them there- and so they jolly well should be, given the delicious home-baking, of which you too can have a slice, as the wondrous Different Drum has thoughtfully provided the recipe! Keep visting Deborah to see what they get up to over the next few days! 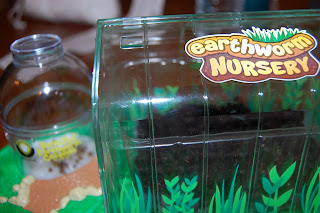 We have some new visitors to Strawberry Land as well. Jo is seven today and his worm farm is in full swing! It's all terribly exciting!