Under the Speading Chestnut Tree


Underneath the Spreading Chestnut Tree is apparently by Glenn Miller? Although Wiki people say that "Under the Spreading Chestnut Tree is a set of variations for orchestra composed in 1939 by Jaromír Weinberger. The work is based on an English popular song of the period, which Weinberger is said to have mistaken for a folk song." I thought it was just a child's nursery song, and was more than a little perturbed to find it on youtube as a horror song from Orwell's 1984! 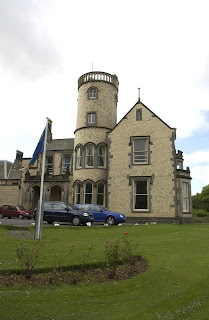 Underneath our spreading chestnut tree yesterday stood a tearful teenager, and a wistful mum. Our tree started life as a little sapling at Lorne, a gorgeous estate which is now the Northern Ireland Headquarters of the Girl Guides (and Brownies etc etc) Association. Any group can book to stay there.


At the start of our chestnut tale a Lady Valerie was working at Lorne. New building work was about to begin on additional accommodation for residential groups. The sapling was due to be taken out, with other trees, to make way for what is now the Marion Greeves Brownie House. 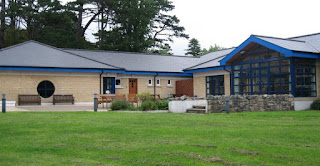 Our Lady Valerie thought it was a shame that such a young tree would be lost, and brought it home to her own new-build house, where she and her husband were laying out a wonderful garden. They planted the little chestnut tree in the top corner of their upper garden, close to the fence where its branches could spread wide and shady on both their land and the farmer's field beyond. It grew and grew and grew. Lady Valerie and her husband eventually decided to move to the seaside and sold the Meadowplace to a rambunctious punnet of strawberries, whom they quite liked because they too had lived a life with boys. The strawberries instantly loved the chestnut tree, all year long for high, hidden climbing, but mostly in Autumn when a rich supply of conkers was to be had with no need to be dragged out for walks by the wistful mum.

But then, twenty-two years after moving from Lorne to the meadow, Ophelia came. 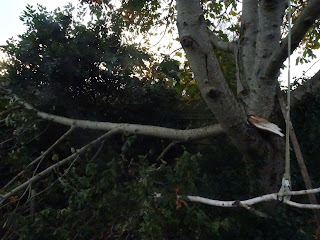 What was the strawberries' main staircase to the blissful canopy was hauled out to whirl with the beautiful Ophelia. There must have been a mighty crack, but we were too far away to hear it over the volume of the dance. Poor chestnut must have changed its dancing mind at the last moment, or maybe its twigs and branches wouldn't carry it far enough past the smaller hedges to escape. 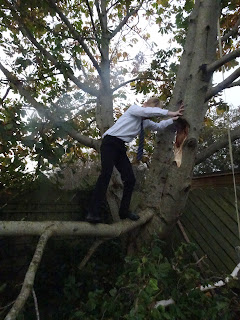 It is still lying low, airing its wound, while the rustling dark comes down to remind it of home. 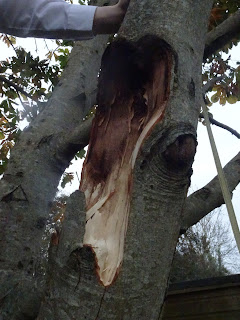 Happily, underneath the still spreading chestnut tree there are yet conkers, and there can also, we have ascertained, be climbing. I hope the tree isn't too disappointed. 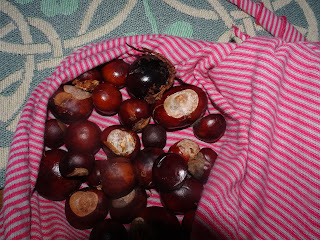 Meeting Ophelia, or Our First Hurricane 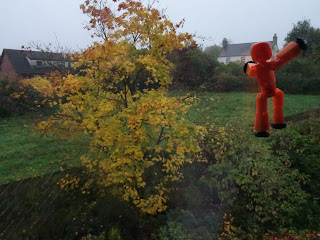 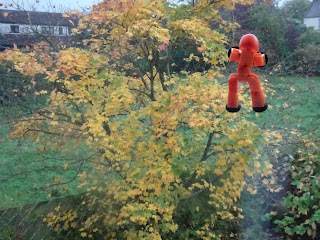 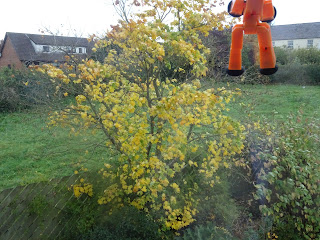 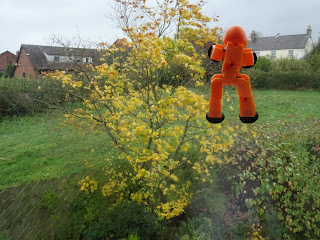 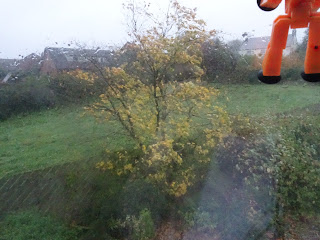 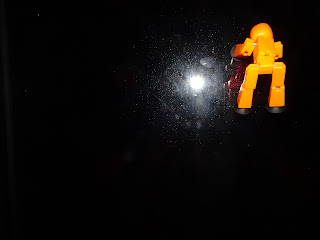 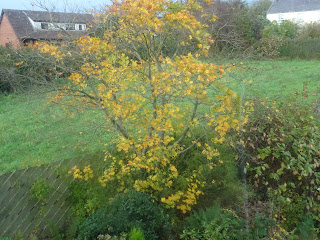 I decided that the tree right outside Mattman's window would be a good hurricane gauge- I was sure that by the end of Ophelia's dance through our country the tree would be completely bereft of leaves, and actually, out of all the trees in the garden, I thought it might be the one to topple. You'll see from the hardly dramatic results, that she shook us but spared us.

Ophelia did huff and puff and blow some houses in, but the tree fared very well all in all. The biggest casulaty was the orange man, who moved from the window to the wardrobe overnight, inexplicably to me. Teenage bedrooms. We fared well too. There has been great damage across the country- roof tiles from my parents' apartment block caused some commotion in the village at the bottom of our hill. Three people have died, and many are still without electricity. But I am sure that this is nothing on the scale of what countries are still managing across the wide Atlantic, whose distance curbs the violence for us. And certainly we stayed warm and safe all day long. 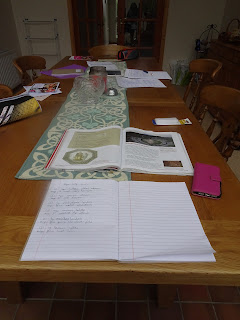 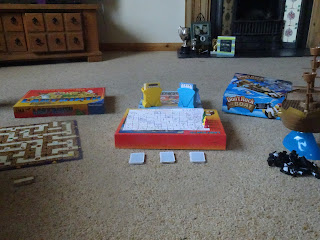 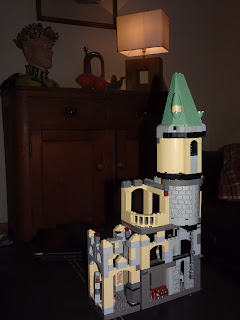 Schools were closed by our Department of Education yesterday and today, so we got the homework issue sorted in the morning, and spent the afternoon playing a most ingenious board game devised by Joshua to include most other board games in the house. We had to take comfort breaks. Then when Prince Charming finally made it home safely, an hour after the winds really hit hard, we settled down for the evening. There was Lego, and, as you can see, uninterrupted electricity.

I was so thankful for a society with an infrastructure that could cope (who needs working politicians, it would seem?), well-built houses, power, food and water. And thankful too that by lunchtime today, Ophelia had had her dervish and was gone. Driving beside the Lough this afternoon, it was hard to believe that just twenty-four hours before our hatches had all been battened down.

This piece of music captures the paradoxical quietness of the day for me- you can hear the storm recorded  beyond, but there was beauty still. Chris McCann is a local composer, music teacher, amazing drummer, and he lets Prince Charming play with him sometimes too!