Who's up for this year's November?

In November of last year I needed to hide in the Forest Of Toon (Tellegen) with my to-do list and a daily foray into the Land of Blog to remain sane. The year before that Frances blogged every day in November and demanded prizes for the achievement. I think the sausages were a later demand, but they have become all tied up with blogathons now in my tired and increasingly warping mind.

Reasons why I have announced to at least two people (both of whom I knew) today that November is my favourite month:

1. The slate skies and the wet footpaths are beautiful.

3. November is the gloriously, peacefully, greyly empty month. It sits vacuously with the colourful riot of Autumn and its conker collecting needs on one side and the colourful riot of Christmas and its activity needs on the other. November is festival-free and serenely colourless in my book, and is my time to enjoy the advent of winter with no glittery strings attached.

5. November is about catching a quiet thought that will sustain.

6. There's usually someone who decides to blog daily in November and I really like that thrill of logging in to see just what they've been up to, or not as the case may be, today...

So, my question is: who will take a turn at blogging daily this November? There could be prizes! This November's blogathon bloggiste will be... 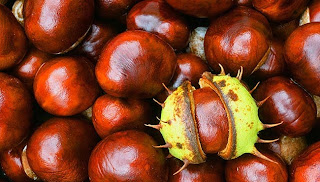 mid 19th century (a dialect word denoting a snail shell, with which the game, or a form of it, was originally played): perhaps from conch, but associated with (and frequently spelled) conquer in the 19th and early 20th cents: an alternative name was conquerors 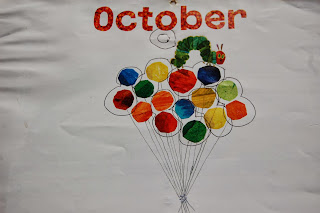 Last year we had a Hungry Caterpillar calendar. How I loved it. Though I realise now that my attempt at drawing an eight for Jo's birthday was not entirely clear. Way back in the deep mid-last-winter I thought I could have a monthly blog on Books in Progress. Here we are ten months later... 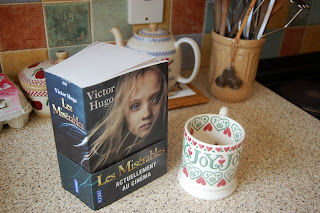 September Book Club read was Les Miserables. Well done, Leigh and Niqi for getting to the end! I persevere, and revel in, and often laugh out loud. I console myself on my lack of progress by recalling the ambitious commitment to read it in version originale. When in fact it has more to do with my utter lack of commitment to anything requiring such discipline. The last very long book I read was The Children's Book and I loved every last word that I made myself read every day. I shall have to employ the same daily routine for this. The day it arrived it clearly inspired joy. Or maybe the mug was there for scale- to highlight the irony of this being the pocket edition... 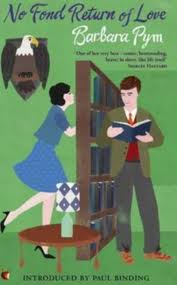 The book that I am in fact reading most is my latest Barbara Pym. When I started reading her books in order I fell in love with the gentle satire, and the glimpse into post-war England, and the humour. But as I've read on the books have become more, dare I say, hopeless? Women in situations that they may, or may not, be making the most of; women stifled, unsatisfied. I'm not at all near the end of No Fond Return, but none of the female characters this time are triumphing over the twists and turns of their paths. (Don't tell me the end!) And what I am finding is that I may prefer these darker, sadder portraits. Although maybe I would like some warning if this trend is unremitting? 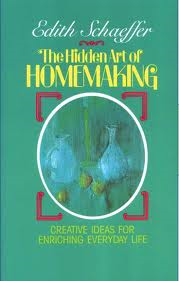 Ang, thank you for lending me your Edith Schaeffer: finally I am reading, and no longer covering in jam, Hidden Art! I will definitely have it back in your safekeeping by Christmas! The title is misleading, is it not? I put off reading it for so long because I was trying to read Les Mis convinced that I was unworthy to read a book about creating domestic bliss, and feared it would be another Jane Brockett invitation to more accomplished domesticity than I shall ever achieve! I was wrong. This is all about creative spirituality, about nurturing your gifts in however small a way, about reflecting the Creator God in whatever acts of creation you can, whether they be just slicing apples from your little tree in the garden into braised pork or apple pie, or reading stories aloud to two boys, or colouring in your to-do lists in your notebook. I'm finding it very encouraging. 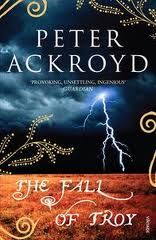 We went to my favourite autumn place today. Can't say where. It has the best conker tree in Ireland and it's all mine! Anyway, because we had hid and sought the suns all through what is also the best hide and seek venue in Ireland, and then filled every pocket we had with conkers, and then gone on a long tree identifying walk (as a total townie the actual tree identifying amounted only to three...), and then played hide and seek again, finally we were able to go to the little second-hand bookshop in the courtyard. I bought this. It seems to be an unashamed re-writing of the story of Heinrich Schliemann which takes me right back to sixth form. Those were days when I devoured the legends of Troy, the archaeological ones included. Admittedly these were the days of Michael Woods' TV series "In Search of the Trojan War". I still have the book. I was going to marry Michael Woods. We were going to climb Mount Olympus together and explore Troy by sunset. I obviously knew that he wouldn't stay with Jenni Murray, though I was genuinely sorry when I heard that they had separated. I was beginning to love BBC 4's Woman's Hour at much the same time. Sigh. I'm sure I'll get back to you on Les Mis for November's BIP, but for the rest of this holiday week I'll be firmly you know where. 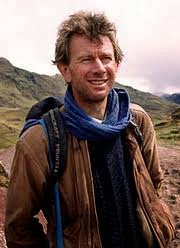 View in my dining room 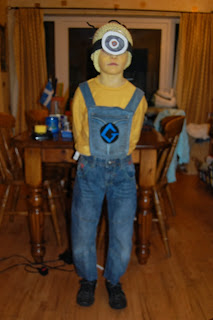 Sorry for the frantic splurge. I'll try that again in smaller steps! Hallowe'en disco for Jo tonight. He has been planning this costume since August, but obviously we were still right to the line with needle, thread, facepaints and last minute toast.

Minions, yes, believe me, we could all do with a cellar full of these!

Email ThisBlogThis!Share to TwitterShare to FacebookShare to Pinterest
Labels: Autumn, cinema, Suns, View from my window

Hello, kind folk! October is racing past with the rain storms this week. I do want to have beautifully golden capsules of life captured and held briefly. I do want to tell you all about the footpath, and my mum, and my new job, and the fact that I can get neither my hair cut nor my wing mirror fixed, and the two, yes TWO, things that I seem to have crocheted in a week. 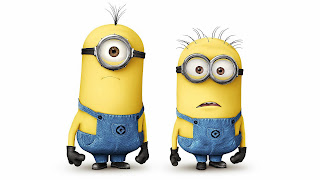 But time is of the vanilla essence, which I really must put on next week's shopping list. For now I'll leave you in the capable hands of some minions. I do want to talk to you about those too...
at October 23, 2013 6 comments:

Email ThisBlogThis!Share to TwitterShare to FacebookShare to Pinterest
Labels: A New Career, Autumn 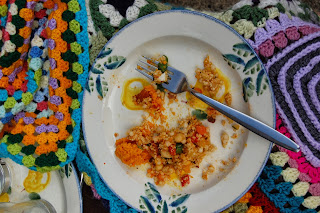 The reason why Niqi was having lunch with me today fades into insignificance. Do you find ever that prosaic necessities lead to decisions that turn out just to be the means to an end which eclipses the decisions wholly?

Anyway, regardless of why she came, we had a serendipitous hour of sitting in bright October sunshine eating spicy pumpkin and butternut squash salad with me under Nanny McPhee and Niqi under her latest fairy-tale blanket, Lemony Snicket.

Email ThisBlogThis!Share to TwitterShare to FacebookShare to Pinterest
Labels: Nanny McPhee blanket, Things I Have Actually Made, wool

Joe versus the Volcano

Except that here in Strawberry Land, 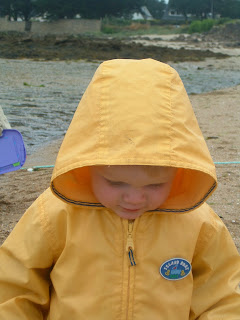 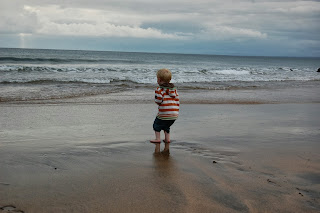 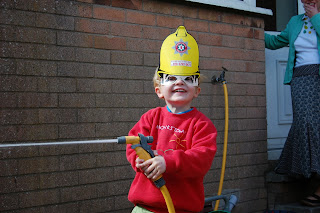 it's not so much Joe versus the Volcano, 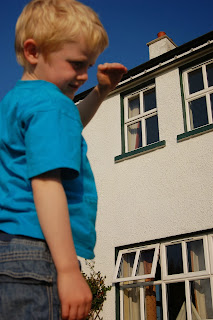 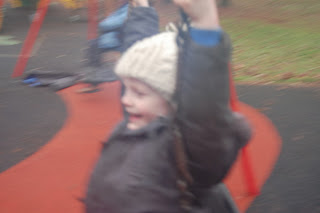 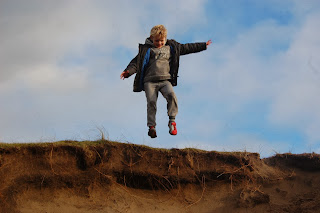 as Jo is the volcano. 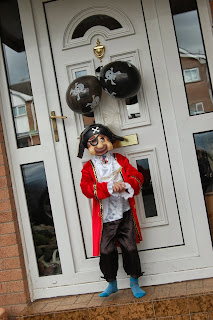 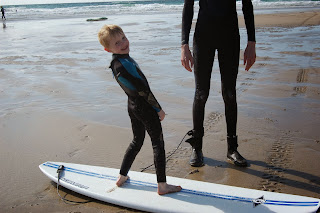 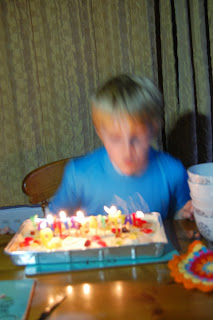